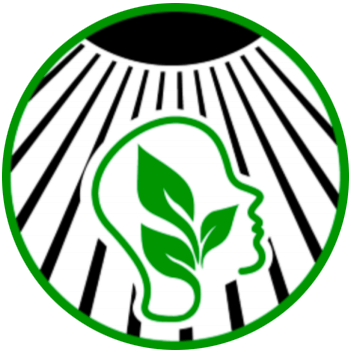 98% of TMS patients would recommend treatment to others.

patient testimonials
// Grab all the excerpt class // Run formatWord function and specify the length of words display to viewer // Hide the extra words // Apply click event to read more link // Grab the hidden span and anchor // Toggle visibility using hasClass // I know you can use is(':visible') but it doesn't work in IE8 somehow... // Accept a paragraph and return a formatted paragraph with additional html tags // split all the words and store it in an array // loop through each word // process words that will visible to viewer // process the rest of the words // add a span at start // close the span tag and add read more link in the very end

see what our
clients have to say

“At a time when so many unknowns are surfacing, there is one certainty I can claim:  Dr. Cho’s Houston Mind and Brain is a phenomenal resource. Everything from the initial consult to many treatments later, all has been nothing less than spectacular.  TMS has changed my life, my mind, my spirit.  Dr. Cho, along with his highly skilled staff will answer all your questions and offer complete support – your mind and brain will thank you!”

“I highly recommended Houston Mind and Brain. Dr. Cho and his Staff are beyond Professional, Attentive and Genuinely care about their patients well being. During my TMS treatments, my depression improved. I am thankful I found this help!”

“I’ve been feeling this way for the past 20 years and this is a… miracle. I’m starting to talk kinder to people on the phone when I help my brother out at his company, I’m starting to feel like helping people again. I feel a lot less negative towards other people and myself. My ability to think more clearly has improved about 700%. What you have going on in there [pointing to TMS treatment room], you have to keep doing that! That’s really going to help some people!”

“I began my first treatment of TMS thinking that I had little to gain. It was eye-opening to find that I had been more depressed than I thought. TMS significantly brightened my world, and what was a surprise, it nearly took away my anxiety. TMS is not indicated for anxiety, but for some reason it worked wonders on me. It is possible that my anxiety is a manifestation of my depression and by reducing my depression the TMS reduced my anxiety. In any case, my stomach aches and loss of sleep abated. My relationships with my family and friends improved as I became more patient. I live with my parents, so they are a good resource to seeing changes in my mood. They remarked that I began laughing again after TMS. That was a huge step for me.”

“Suffering from depression is undoubtedly not a pleasant experience and if had a magic wand, of course, I would choose to never experience it, but this is real life and here we are. For the longest time, I would write off the way I felt as just having some bad days, bad luck, or whatever I could come up with. When I finally realized depression can strike anybody, no matter how many zeroes are in a bank account or how famous one is, I became completely honest with myself that my excuses were just that, excuses to cover up reality. I knew I needed to make changes and began to surround myself with every support option/person I could. While medications and supportive people made options until I came across TMS. At first, I had skepticism, but as I kept reading more about it I realized it is not just a gimmick, so I decided to pursue the option. While TMS in general seemed very effective from the many studies done about it, I learned there was the option of deep TMS over regular TMS, which has even better case study results. I then researched locations that offer deep TMS and initially chose the Solace Center Sienna because they have the BrainsWay instead of the NeuroStar, but also because of proximity. I set up my initial consultation and was not totally sure what to expect other than I would be meeting with Dr. Cho. Once I arrived and before I met with Dr. Cho, all of the staff were very friendly and helpful. When I began the initial consult with Dr. Cho,  I quickly became aware he was not only friendly but very, and I mean very knowledgeable about what he does. It did not take long at all for me to make the determination that if Dr. Cho approved me for the dTMS treatments, I would choose, the treatments with him as my provider, without a doubt. Once approved and the treatments began, I came into contact with even more staff at the location and everybody has been awesome. Oh, but aside from awesome staff, TMS actually does work. I can definitely tell I feel more lively and upbeat. People I interact with even comment on the fact that I joke around more and care more about certain things that I did not care much about before. the treatments do not hurt and after a few of them, I began to really look forward to the comfy chair and the relaxing atmosphere. The bottom line is this, if you are considering TMS, do it, but do it with Dr. Cho! Like I mentioned before, I initially chose the location because they have the BrainsWay machine and because of the closer location, but knowing what I know now, I would choose this location even if the drive was further away than desired because being around a staff that is not only friendly and knowledgeable but actually truly care about your well-being is definitely worth a drive.”

Helping you on the path to wellness.